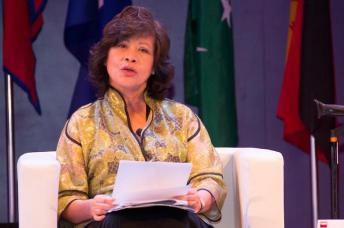 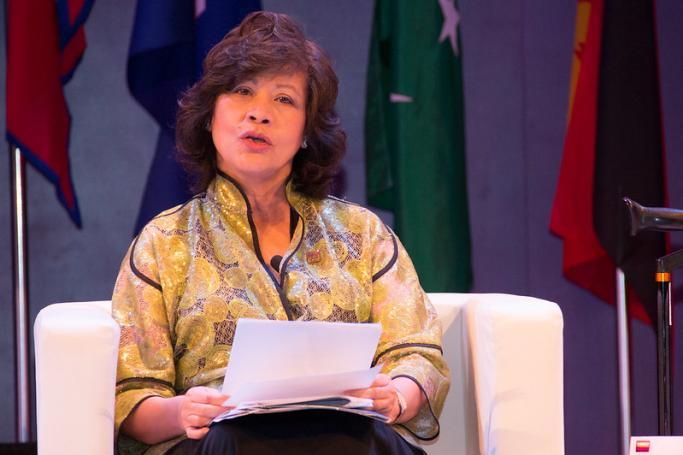 On 23 September a letter from 638 civil society organisations called on United Nations (UN) agencies to stop engaging with the junta and instead engage with the National Unity Government (NUG) and ethnic revolutionary organisations (IROs).

They say that UN agencies should present letters of agreement, and memorandums of understanding (MoUs) to the NUG and IROs rather than the junta. It also calls on the UN to allow the NUG and their Ambassador U Kyaw Moe Tun to be continue representing Myanmar at the UN
Below is the text of the letter:

We, the undersigned 638 civil society organizations (CSOs), condemn in the strongest terms the recent public signing of new agreements and presenting of letters of appointment to the illegitimate Myanmar military junta by UN agencies, funds, programmes and other entities working inside Myanmar. We urge you to intervene for a principled, coordinated UN response to the crisis in Myanmar. We call on you and all UN entities to immediately cease all forms of cooperation and engagement that lends legitimacy to the illegal murderous junta. Instead, letters of appointment and agreements must be presented to the legitimate government of Myanmar, the National Unity Government (NUG), and ethnic revolutionary organizations (EROs).

On 10 December 2021, 256 Myanmar CSOs urged UN entities to not engage with the junta in any way that lends them legitimacy. Despite these consistent calls from the people of Myanmar and CSOs, the UN Office for the Coordination of Humanitarian Affairs (OCHA), UN International Children’s Emergency Fund (UNICEF), UN Food and Agriculture Organization (FAO) and UN International Organization for Migration (IOM) all signed new agreements with and presented credentials to the junta in August and September 2022. The public ceremonies, which were arranged with photographs, were used as propaganda by the military junta in its ongoing attempts to assert their legitimacy. The people of Myanmar have categorically rejected its attempts to seize power since its illegal attempted coup on 1 February 2021.

For nearly a year and a half, the people of Myanmar have sacrificed their lives and livelihoods to defend democracy and their rights by engaging in political defiance and armed resistance – as a last resort. Their aim is to prevent the illegal military junta from taking over the country, as it is attempting to do through inflicting immense suffering on the people.

The recent public actions by UN entities are direct interventions that clearly side with the military junta, undercutting the ongoing collective resistance efforts and sacrifices by the Myanmar people to end the Myanmar military’s tyranny and establish a federal democracy. This breaches the principles of democracy, human rights and humanitarian principles of impartiality, neutrality, independence and “do no harm” outlined in the UNs’ Joint Operating Standards and frame work of engagement, for which UN entities must comply with and hold themselves accountable.

Furthermore, in December 2021, the UN General Assembly adopted a resolution to endorse the recommendations of the UN Credential Committee that had rejected the credentials of the military junta and allowed the incumbent Ambassador, U Kyaw Moe Tun, who represents the National Unity Government (NUG) and thus represents Myanmar, to maintain his position at the UN General Assembly. UN entities, and agencies, funds and programmes in Myanmar should be guided by this decision and should be engaging publicly with the NUG and not the military junta.

Moreover, UN mandate holders have repeatedly raised concern on the weaponization of humanitarian aid by the junta, actively destroying and restricting aid to the people. These realities question the UN’s effectiveness in reaching the population in need by signing agreements to work with the very perpetrators who are causing the humanitarian crisis in Myanmar. This is also demonstrative of the importance of signing agreements with the NUG and EROs, and the urgent need to work directly with local actors in the provision of humanitarian aid, including from along the borders of Myanmar.

Within 598 days of the attempted coup, the Myanmar military has killed at least 2,311 people, including 192 children in cold blood. More than 15,400 people have been arbitrarily arrested, with at least 12,462 people still detained, with many routinely facing torture. The actual numbers of deaths and arrests are likely far higher. The Myanmar military continues to commit gross human rights violations and atrocity crimes including war crimes and crimes against humanity by torching houses, burning villages, looting properties, massacring people, committing rape and gang rape, shooting on sight, indiscriminate shelling and launching airstrikes in towns and villages. The crimes committed by the military in the past 19 months, in addition to those crimes committed against Rohingya and other ethnic minorities in the past, are collected by the UN, including by the Independent Investigative Mechanism for Myanmar.

The signing of the MoUs and agreements with the junta, coupled with the inconsistent, ineffectual and non-principled approach to addressing the crisis in Myanmar by the UN, conveys the wrong message to the junta and to the world that it recognizes the body that terrorizes the people of Myanmar and is responsible for gross international crimes. This not only emboldens the junta to commit further atrocity crimes with total impunity, but it indicates that the UN, in practice, does not respect the will of the people of Myanmar as adopted in resolutions and statements, including by the UN General Assembly, UN Human Rights Council and in a statement issued by the president of the UN Security Council. The continuing issues in the UN’s approach in Myanmar, followings its “systemic and structural failures” in providing a unified approach in addressing the Rohingya genocide in 2017, highlighted in the 2019 Rosenthal Report, is glaring.

The people of Myanmar have been loud and clear that they want their legitimate government, the NUG and their Ambassador U Kyaw Moe Tun to be their representative at the UN. The will of Myanmar people in choosing their own government and thus their own representative at the UN and as well as in their struggle for federal democracy and human rights in their country must be fully recognized and respected by the UN and its member states.

News
Over 60 governments and international organisations have enabled...